Time to get excited about our new collection for Men!

Sergeant Noah Galloway, a Birmingham, Alabama native, is the personification of valor and resilience. This Purple Heart awarded, double amputee decided to join the military as a result of the September 11th terror attacks. However, his battles didn't end in the field when he was forced to adapt to a life with only two limbs after an IED attack during Operation Iraqi Freedom which would take his left leg above the knee and his left arm above the elbow.

Noah's incredible journey to mental and physical wellness is one that he explores in his memoir titled Living with No Excuses; the Remarkable Rebirth of an American Soldier. Those words, "No Excuses" became a mantra as he rose out of a post trauma depression by reinvigorating his passion for fitness. His victories at what one would expect him to see as impossible competition and obstacle races would find Noah gaining a national spotlight. He would become the first veteran and amputee to be featured on the cover of Men's Health magazine earning their "Ultimate Guy" title in 2014. Noah also became a finalist on the hit ABC show Dancing with the Stars and would win the debut season of FOX's American Grit.

As a result of the honorable position he gained with a national platform, Noah wanted to give back. He launched the No Excuses Charitable Fund, which raises money and awareness for organizations that support causes which mean the most to him. 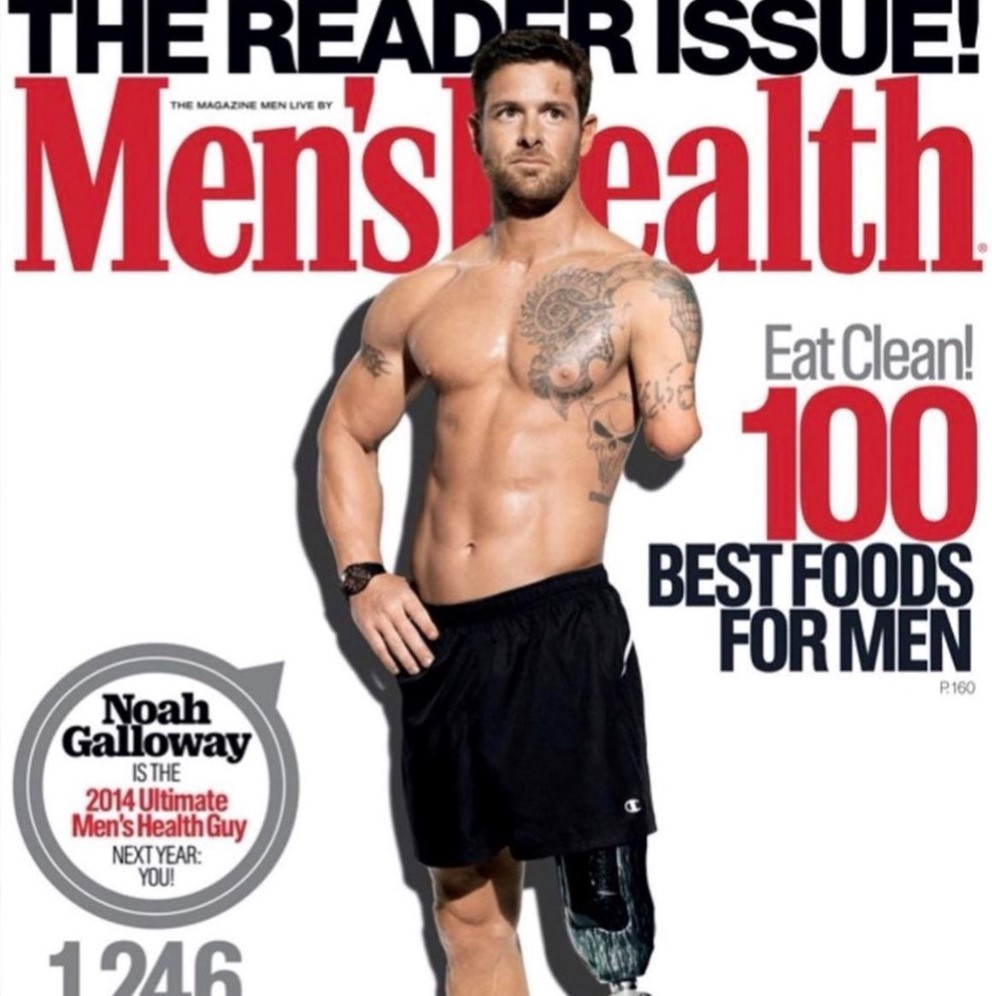